There are two ways to approach an 0-22 season. You can simply admit defeat or you can pay attention because you know there’s nowhere to go but up.

Steve Richard (@srichardv) chose the latter, and has gone on to become the Chief Revenue Officer of ExecVision, a company that provides executives with the conversion insight and tools they need to help drive performance.

Fresh out of Georgetown, Steve’s quest to join his classmates on Wall Street was short-lived, but purposeful. It was then he interviewed with a whopping 22 companies and didn’t get a single job offer. It was then, right out of the gate, he hit rock bottom.

And it was then that he decided that would not be the end of his story.

Far from it, in fact. 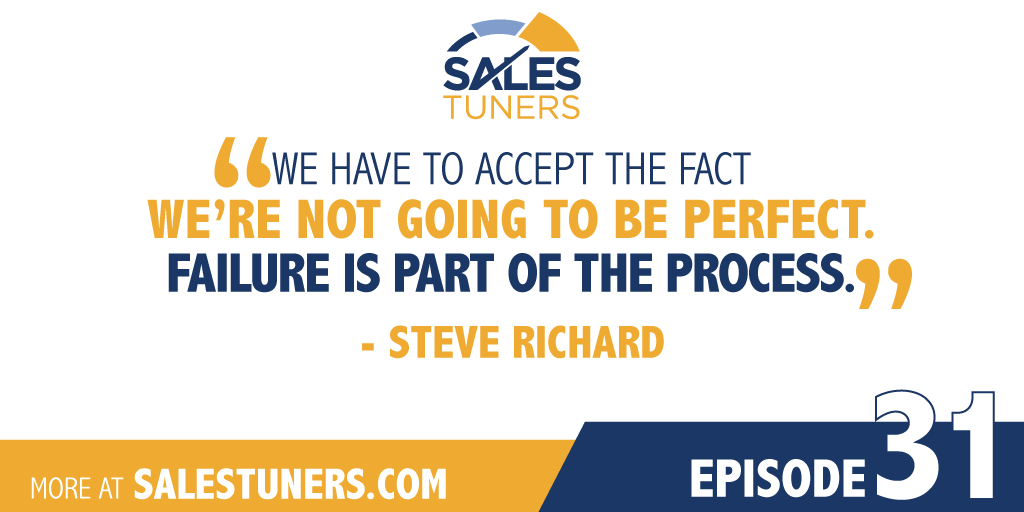 Instead of giving up, Steve changed gears and focused his sights on sales. It didn’t take long before he started getting offers at every interview, including a company that sells pre-cast concrete to prisons. (a role he opted not to take).

Today, Steve says his life’s work is helping sales professional become wildly successful. The father of four has started three companies dedicated to the betterment of sales organization, a goal he personally and professionally upholds at ExecVision.

He hates to lose, which is both ironic and fitting given how frequently he says he has failed in his career.

For that reason, failure is the foundation upon which he’s built his winning philosophy: if you learn something from it, it was meant to be.