How does one go from being a piano performance major to working with one of the fastest growing companies in the history of SaaS? If you’re Simon Mutlu (@SimonMutlu), Senior Account Executive of Enterprise Accounts at Slack, you start by selling knives.

Simon started his career selling Cutco cutlery inside of people’s homes. He managed to build a team in San Francisco before joining the gold rush of the internet. He spent the last 15 years building and leading sales organizations for small startups before joining Slack. 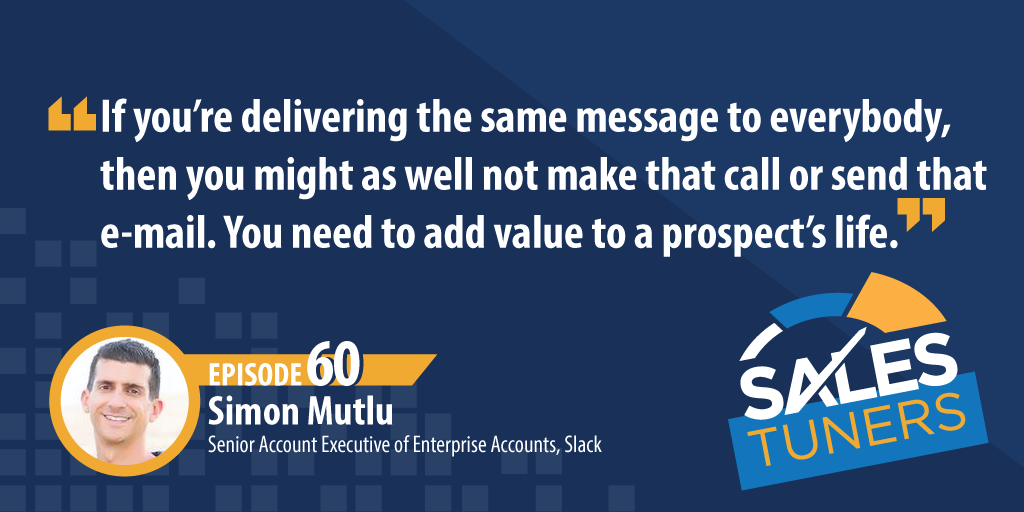 What sets Simon apart is that he’s more than a salesman; he’s a craftsman. He spends the extra time to go above and beyond what customers would normally expect from someone in sales.

Simon has always found a way to be intentional about connecting with customers. He has gone so far as to record a CD of him playing piano holiday music along with a handwritten note to his top customers.

At Slack, he’s focused on helping companies change its behaviors to become more productive. The technology he’s delivering is secondary to the organization’s ability to improve and motivate their people.