Sometimes it takes something as seemingly small as a post-it note to make the biggest sale of your career.

That is the basis for the belief system adopted by sales veteran, Greenlight Guru’s VP of Sales, Scott Cramer, who has literally done everything you can in sales. 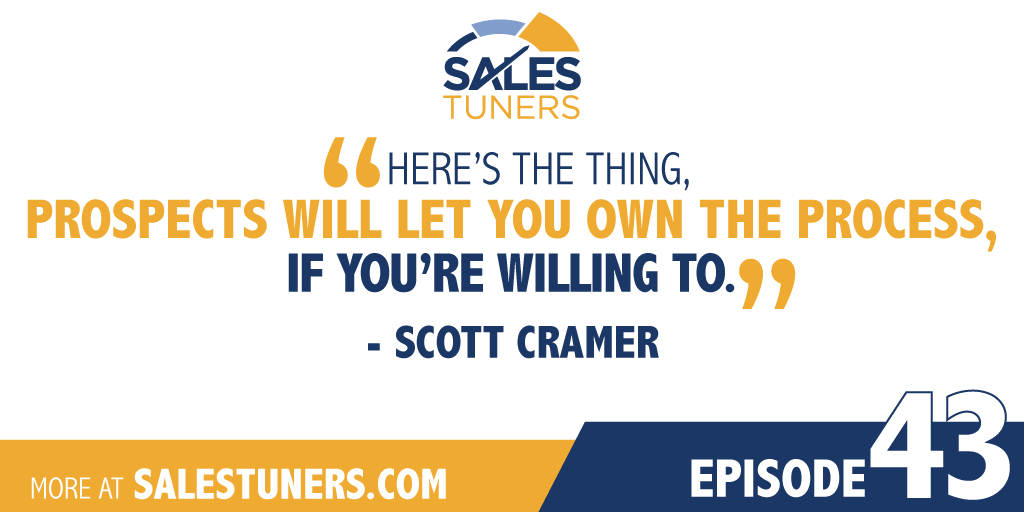 From opening new markets, being a sales trainer and managing both channel as well as insight sales to being a VP of sales in multiple companies (including Angie’s List, Delivra and now Greenlight Guru, Scott draws success from being a self-described introvert and extrovert.

His motivation comes down to his family and helping his kids succeed, which circles back to his training and experience as a sales coach.

The time he’s spent helping train reps all over the country can be summed up in one simple concept: winging it doesn’t work. What began with an aspiration to manage country clubs evolved into a flourishing sales career because he could talk to and get along with people.

How? Scott’s sales success has been built around practice, process and post-it notes.

In the past if he’s been prospecting a company and is nervous about picking up the phone to call the CEO, Scott’s strategy is to write a post-it note with the CEO’s name and phone number, grab a cup of coffee and come back to find the note. It’s a method that has helped get him in the right mindset to make the calls that matter.