Before breaking sales records, earning dozens of awards and being named sales rep of the year, Sam McKenna (@smckenna719) had her mind made up about the sales industry.

Now the senior director of sales at ON24, Sam hold every sales record imaginable at her prior firm where she also had the largest contract signed, highest above quarter percentage in one year, largest multi-year deal and highest number of contracts signed in one year. 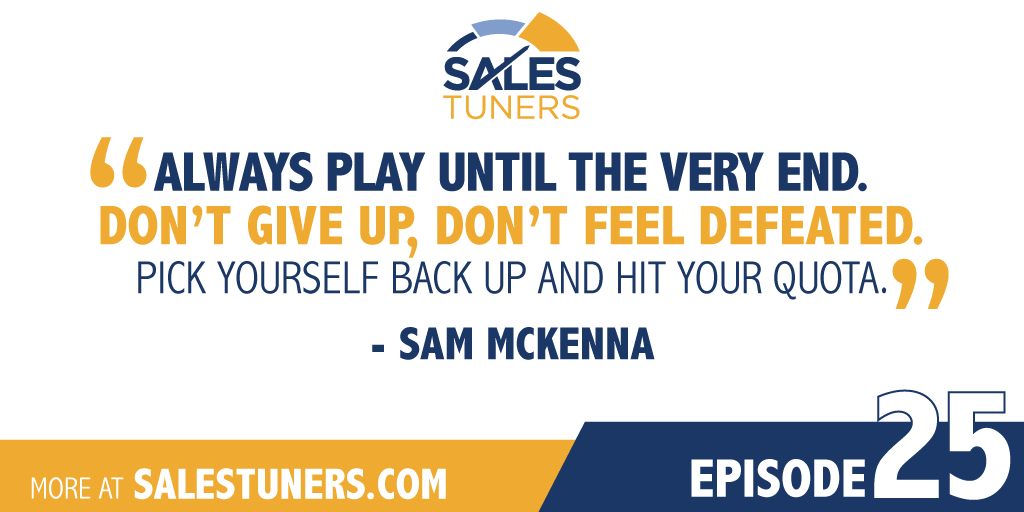 Thanks to experience, Sam will be the first to tell anyone that now she knows better. A lot better.

She puts that knowledge to work on a daily basis at ON24, a webinar-based marketing solution for demand generation and customer engagement.

And while the Swiss native, French speaking powerhouse has gotten more than 35 speeding tickets, Sam knows speed is best left in the driver’s seat.

Instead of working quick sales, Sam values the journey as much as the destination. She seeks to get to know prospects by being polite, asking the right questions and putting their needs above all else.