When he’s not at work, Richard Smith (@Richard_Refract) may just be one of the loyalist futbol supporters the world has ever had. Following the “perennial disappointment” (his words) Newcastle Unite, Richard writes articles and records podcasts as his way of staying connected to his hometown team.

We are the Geordies! The Geordie Boot Boys!

By day, Richard is building the conversation insights and coaching technology platform known as Refract, where he’s a co-founder and serves as head of sales. If success in sales comes down to the conversations you have with your prospects, how are you working to make yourself better in that arena? 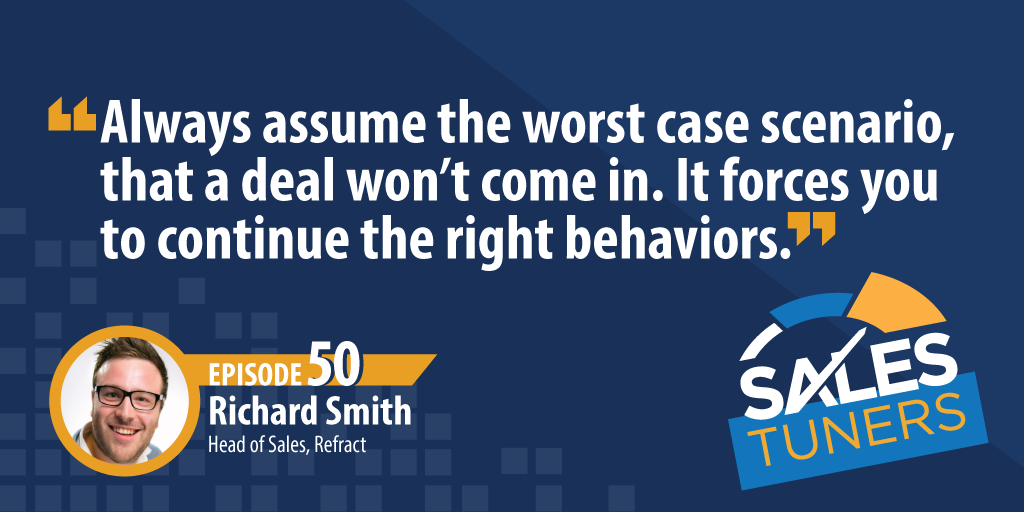 Sales leaders openly say “coachings reps” is their #1 priority, but it seems as though that’s nothing more than lip service. Between “meetings” and “other responsibilities,” coaching ends of getting pushed farther and farther down the list to the point of essentially not happening.

What ends up happening is a manager sitting with a rep, listening to one side of a call, and making a few suggestions. This makes it nearly impossible to see trends develop or pick up on nuances with how prospects are processing information or responding to questions.

If you or your sales manager spend the first 30 minutes of your day, checking email, your fantasy football stats, or social media feeds, you might consider replacing that with breaking down your last sales call.