What do you get when you cross a shipping warehouse manager with a high school teacher and a Masters in Fine Arts creative writer? Evidently it’s Paul Dean, Outbound BDR Manager at ZLien.

His fascination with storytelling at an early age helped craft the narrative that eventually landed him in sales. Paul is always telling stories. Whether he’s describing a better world that could exist with his product, positioning himself against a competitor, or even getting his reps to tackle their next big challenge, his words are carefully considered for maximum impact. 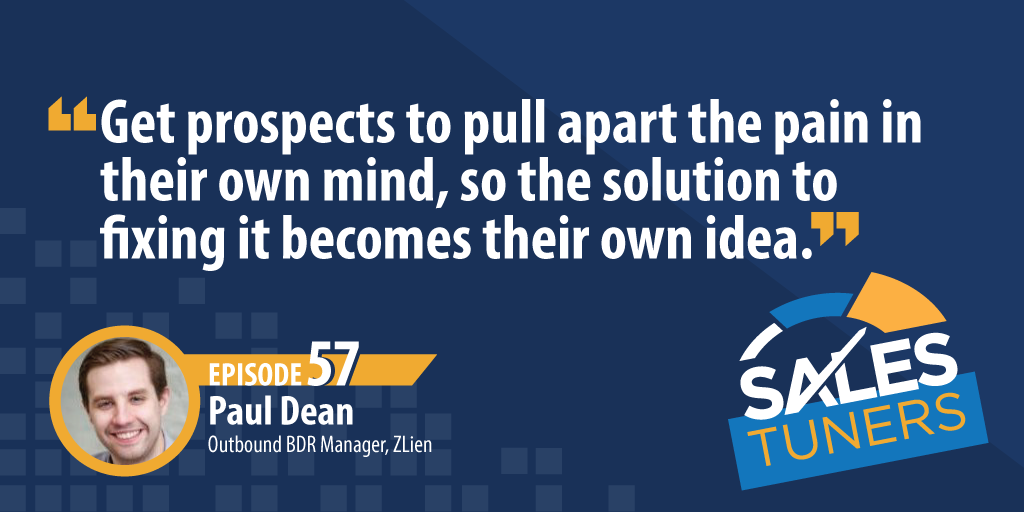 One story he’s very proud of is his creation of a sales playbook at ZLien. After starting from scratch and finding himself constantly running into similar challenges, he scoured the web looking for resources only to find the best version was going to be created internally. Today, he reviews the playbook with his team a least once per month to see what is still working and what needs to be reconsidered.