For Patrick Giusti, the love of basketball will always mean more to him than a few years playing professionally in Europe. It has more significance than any game ball he earned or three-pointer he scored in the last second.

Because for Patrick, his sports background is more than where he came from. It’s a way of life. It’s a path to success in the sales world, with each sale as satisfying as that perfect “swoosh.”

He has led sales teams at huge corporations, including SAP and Oracle, before taking his current role as Chief Revenue Officer at a location-based, in-store shopping experience application called Point Inside. 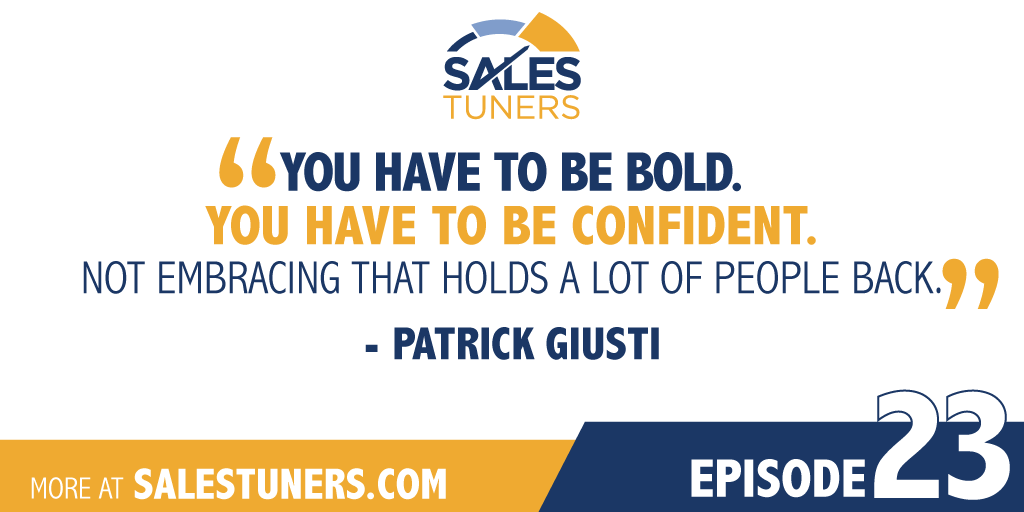 There he operates with the same mindset he had at SAP and Oracle: he’s in it to win it. And how he accomplishes that game plan has everything to do with people.

From hiring and coaching his sales reps to placing value on the positive customer experience, Patrick knows what it takes to run a successful sales team.

And, true to his admittedly competitive nature, he loves to train others to uphold his desire to win a sale.