Mike Donnelly is the CEO and Founder of Seventh Sense, a precision email system analyzing existing data to determine the best time and frequency for outreach. Mike was an award-winning individual sales contributor at multiple companies personally generating more than $40 million in sales. During that time, he also got to experience two separate billion-dollar acquisitions. 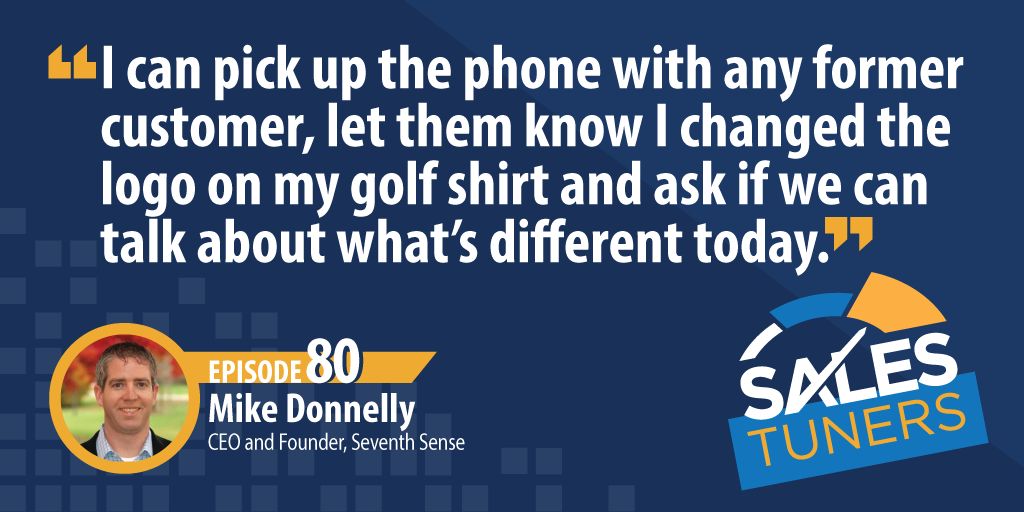 In college, Mike fell in love with writing code. After learning how to build products, it was natural for him to want to learn how to sell software. As he affirms, whether you’re an entrepreneur or a salesperson you are responsible for building your book of business.

Instead of steamrolling ahead, Mike encourages reps to take a step back to understand where customers can have success and focus efforts on that demographic. Often, what he thought was important to his target audience was wrong. Instead, Mike takes the time to understand what matters before beginning a sales conversation.