It almost seemed like he was playing a game of two truths and a lie. Mike Chudy (@MikeChudy) has been with the same company for his entire 18 year career along and can also high jump a personal best 6’10”

When you’ve been with a company that long, seeing gaps becomes almost second nature. That’s what led Mike and a fellow colleague to create a sales academy inside of John Henry Foster. They were seeing too many young reps come through that lacked the essentials of sales acumen causing deals to go awry. 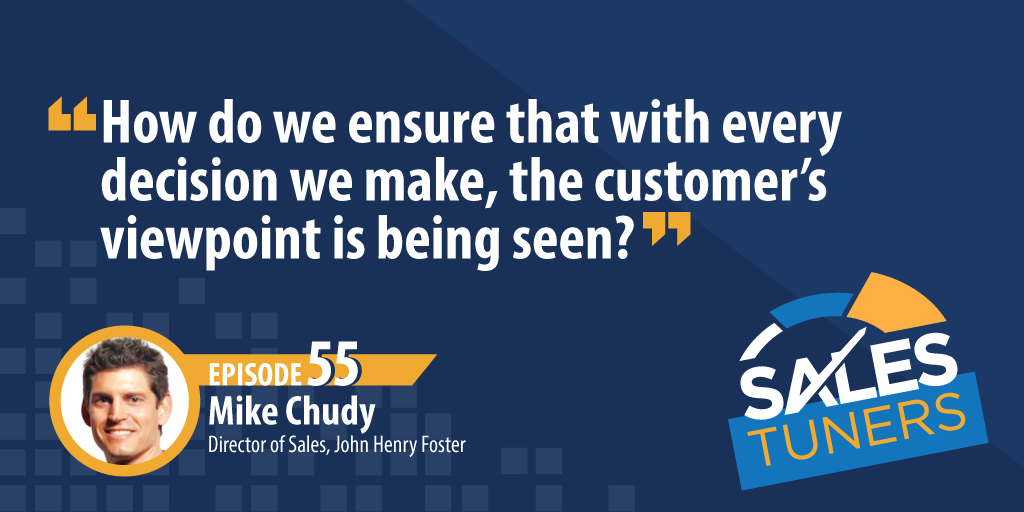 His training runs the gamut from studying personality profiles of buyers to where to sit in a boardroom and even negotiating the fine details of contracts. Those tactical aspects of the job are part of Mike’s bigger vision of leaving a legacy that’s bigger than himself.