He’s sold everything from $1 car washes by hand to Gateway Computers.

Now Matt Millen is the Senior Vice President of Revenue at Outreach, an outbound sales engagement platform. And he’s known as a sales turnaround expert.

But all of that wasn’t without humble beginnings.

When Matt was old enough to walk, he was old enough to sell. He washed cars for a dollar per car, ran paper routes and washed dishes in a restaurant before he learned his true calling. A credit manager at a bank within his first year, Matt thought he could do more. Actually, he knew he could be more.

And so his sales career really began. 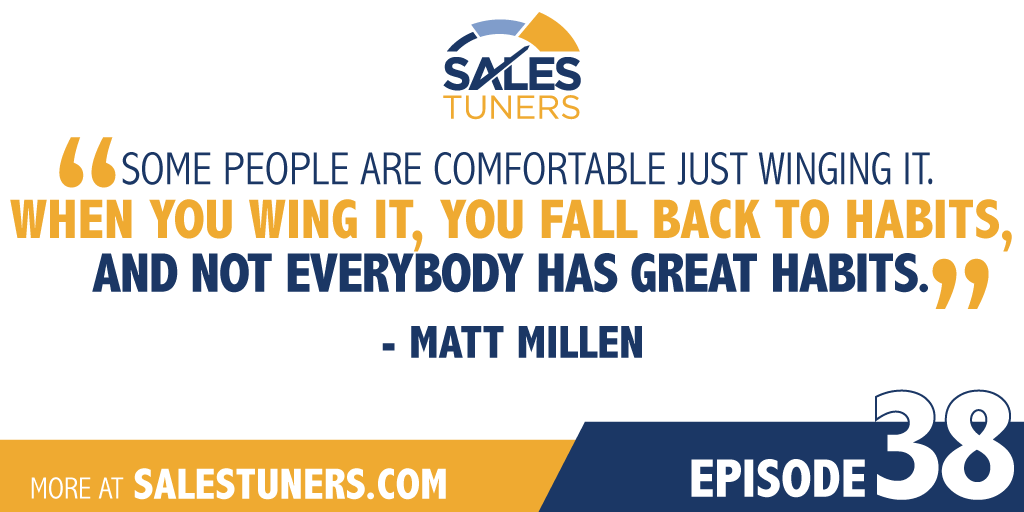 A lot has changed in the 30 years since, at a time when the seller needed a buyer as much as a buyer needed the seller. Nowadays everything is different, but that hasn’t stopped Matt. He even led sales for Tony Robbins, a successful American businessman best known for his work in the written word.

He believes in the power technology can have in sales, that automation doesn’t dehumanize us. Instead, it makes us better because automation gets you up to the plate, but that’s when sellers get to swing.