Mary Jane Copps a.k.a. The Phone Lady has worked with more than 300 clients and 30 years analyzing the psychology of phone calls. Her best selling book, The Phone Book, explores essential telephone communication skills and how to overcome the fear of the dial. Mary Jane (@thephoneladyca) also serves as an activator at SheEO™, an organization with a ‘pay it forward’ approach in supporting female entrepreneurs.

Before she started in sales, Mary Jane was a real estate journalist, which inspired her leap into being an entrepreneur. As she tried to grow her startup, she realized she was blowing her sales opportunities on the phone. Today, Mary Jane is on a mission to improve telephone communication to avoid the miscommunication happening when we rely on text-based exchanges. 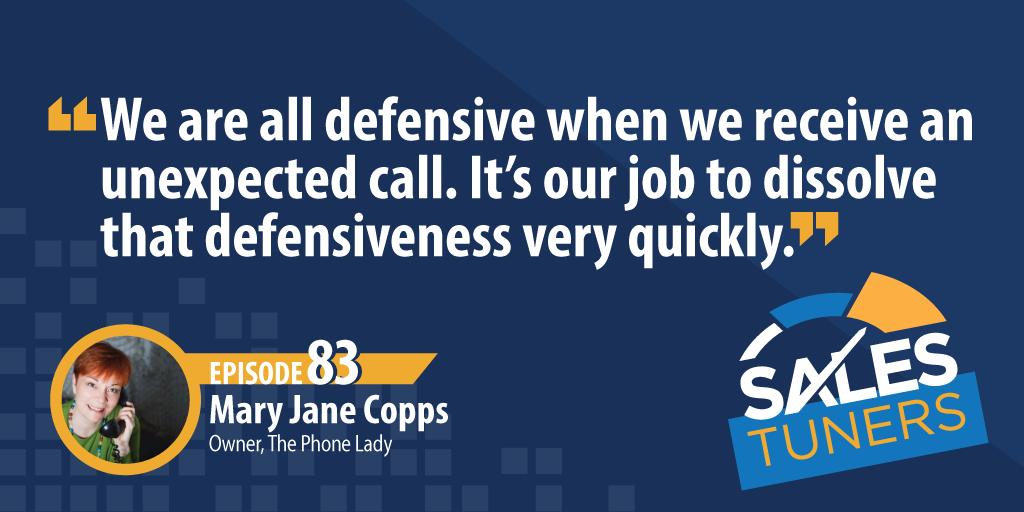 Through her work, she has uncovered the power of the human voice and how to use it to create human connections with prospects. When we have conversations, we can learn what’s going on in our buyer’s world by actually hearing the context behind the words they’re saying.

Every interaction you have with a prospect should inspire the next conversation, whether it’s an outbound call or leaving a voicemail. Mary Jane emphasizes that you have to keep working to become an effective communicator, which takes preparation and practice.