You can’t run a business without being able to sell, but the first step to selling is finding a way in the door.

This is a lesson Mary Browning (@marybjolly) learned at a young age from her father, who she says worked incredibly hard and did more large acquisitions than anyone she knows.

Following in his rather large footsteps hasn’t always been easy for Mary, but you wouldn’t know it based on her impressive resume. Mary boasts more than 10 years experience in sales, lead generation and operations directly in several B2B channels. 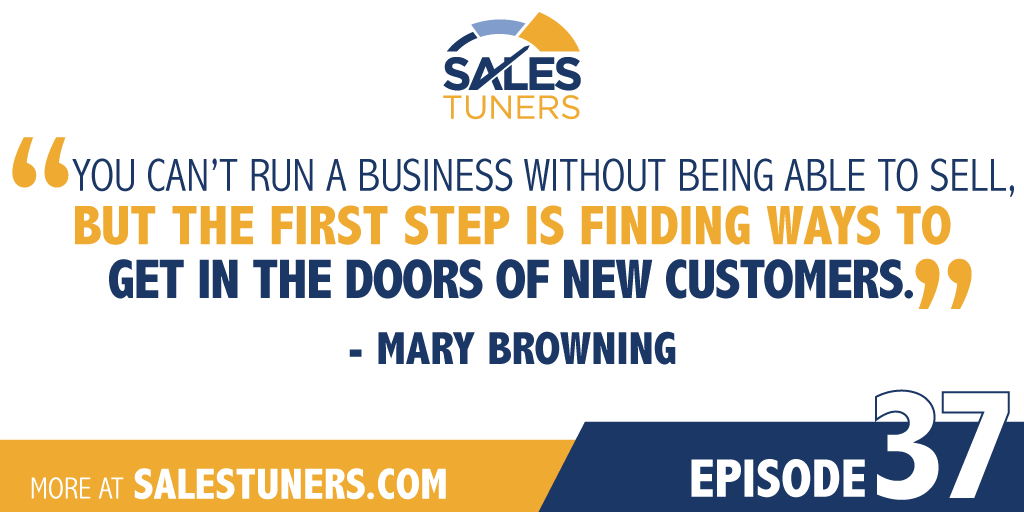 Mary is the director of sales development at Emplify, an employee engagement insights company.

She will attend her 20th consecutive Indianapolis 500 this year, has a passion for photography and is an active volunteer as well, serving as a board member for the O’Connor House and the Indianapolis Chapter President for the AA-ISP.

Mary breaks down the sales process to the most common points of conversion. Focusing on how to take a sale from A to B, B to C and C to D. Specifically, a lead generation campaign should involve the data, the message, the cadence and qualification. As that begins to take shape, you start feeling, learning, seeking feedback and ultimately improving.

But none of that happens without a battle cry, and hers is one that has effectively helped motivate and inspire her team. To Mary, “audeam” means to be bold in whatever you do and to go into battle willing to risk it all. Be willing to take situations that make you uncomfortable and turn them into something profitable so at the end of the day things will be better for the customer.