You could say she understands and practices sales at a molecular level.

Lauren Wadsworth (@L_Wads_) studied molecular biology in school, did research on termites for four years and has been published in a scientific journal.

So how did she end up making the transition from science to sales? It all comes down to people.

After being hired as the eight SDR on a team that now boasts more than 45 people, Lauren has witnessed explosive growth first-hand and even went viral on LinkedIn recently.

But as a manager of global sales and development for Dynamic Signal, Lauren’s biggest motivator is helping her company succeed. Somewhat of a company news app, Lauren describes Dynamic Signal as being kind of like the New York Times for company information on your phone. 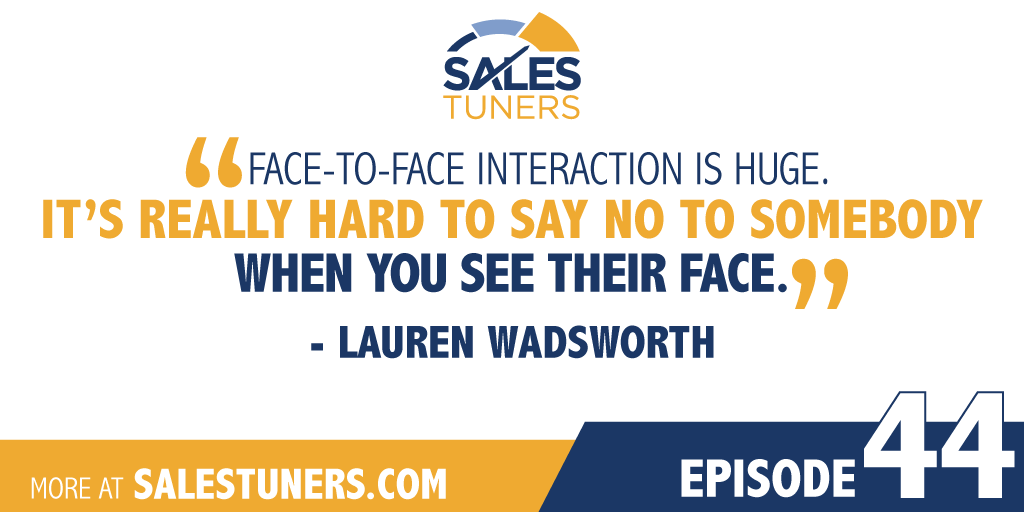 Yet Lauren will be the first to say getting and staying connected reaches even farther than the latest Smartphone when it comes to prospecting.

It’s about more than getting down to business. It’s about getting personal. It’s about having real conversations with people face-to-face, whether that happens at conferences or in a personalized video.

It’s about winning, but also about seeing losing as an opportunity for future growth.

And most importantly, it’s about people.