At face value, most people would assume Keenan (@keenan) doesn’t know a thing about insecurity. Or failure, for that matter.

Certainly the CEO and self-proclaimed chief antagonist of the A Sales Guy (@asalesguy) empire doesn’t know what it’s like to fail. Not with thousands of fans and almost 16,000 followers on Twitter alone.

Yet he will be the first to tell you his failures have led him to exactly where he is in life. And for that he is thankful. Because in some way, shape or form, Keenan has been selling something to someone his entire life and has been teaching and coaching almost as long. 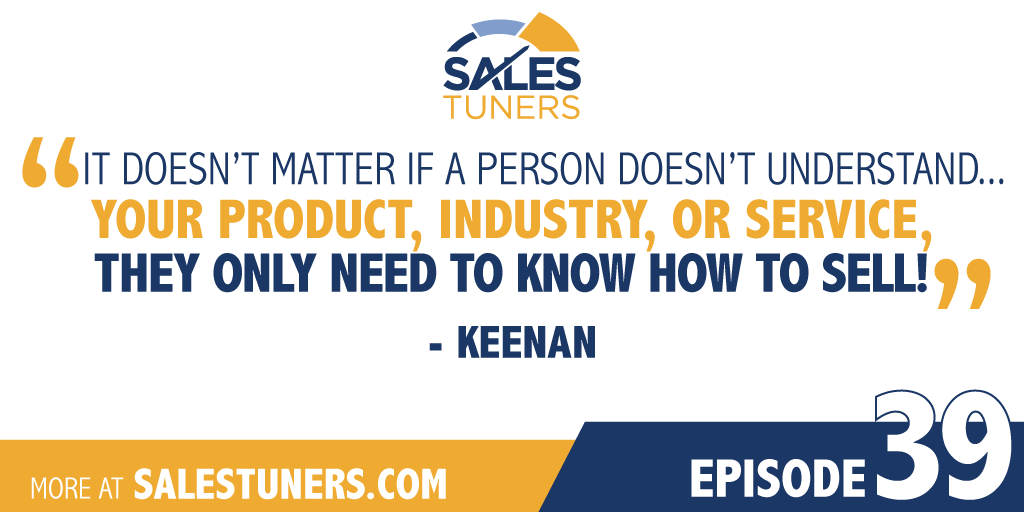 With more than 20 years of sales experience, which he’ll tell you he doesn’t give a shit about, Keenan has been influencing, learning from and shaping the world of sales for a long time. He’s even wrote a book about it, Not Taught: What It Takes to be Successful in the 21st Century that Nobody’s Teaching You.

He calls it like he sees it and lets nothing or no one go unnoticed. He’s sold everything from IT consulting services to chamber memberships, and even has some experience modeling for Tommy Hilfiger and Coca-Cola back in the day.

And he’s failed. A lot. He graduated at the bottom of his high school class. He didn’t apply himself as an athlete. He failed in three different business. He went from being loaded to broke to loaded to broke at least three times.

According to Keenan, he has failed in just about every aspect of life (except as a father, he refuses to fail there), but he will also be the first to say it’s all worth it.

All of it has led him to where he is today, a proud father of three and CEO of A Sales Guy, a sales consulting and recruiting firm that’s been recognized by the likes of Forbes, Entrepreneur and Inc.

Why? Because failure, when you do it right, is the one thing you can actually take more from when you leave than when you came in.