At one point or another, Justin Fite realized his friends, family and colleagues were on to something. While he enjoyed his career as a software engineer, writing code for missile defense systems wasn’t what he was meant to do with his life.

It didn’t take Justin long to find his way into the wonderful world of sales, where over the last 20 years he has led sales teams at several well-known organizations, including IBM, ExactTarget and Salesforce.

He has since transferred his knowledge to the startup scene, now working as the Chief Sales Officer at Lessonly, a team learning software platform that helps streamline access to company knowledge, best practices and team policies. 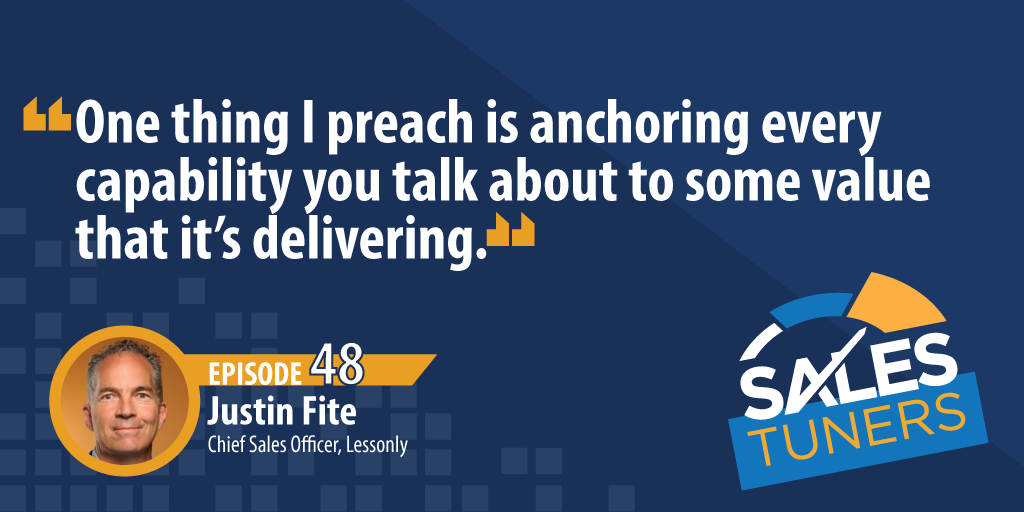 Building knowledge through learning starts with a love of process, which is something Justin has enjoyed exploring and embracing throughout his career.

To Justin, sales is about fostering a culture in the workplace that supports and enhances everyone’s ability to learn, not only from each other, but from themselves.

It’s a process of building experience and applying knowledge that starts at the beginning of anyone’s career and should never stop.