There isn’t much Joe Caprio has done in his career he hasn’t learned something from.

It took him a matter of minutes at a career fair to learn computer science might not be for him
after all.

Instead, he learned the ropes of sales at his first job selling insurance and financial planning services at John Hancock, which provided a valuable launch pad for his future. 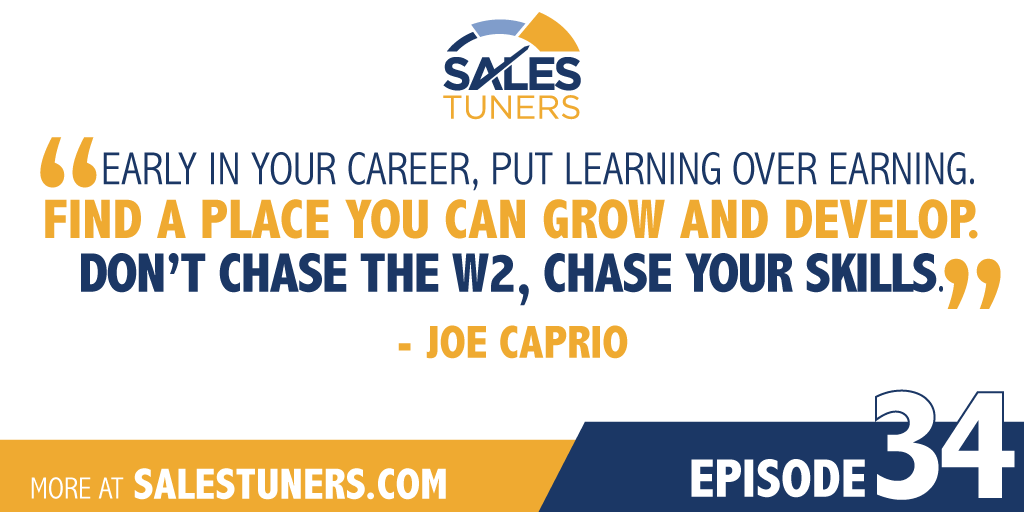 Joe is now the Vice President of Inside Sales at Insight Squared, a sales intelligent platform that turns your CRM data into decision-oriented and actionable reports.

When he’s not perfecting his famous meatball recipe or showing off his sleeve tattoo while riding his yellow Harley-Davidson sportster, Joe is helping his team become subject matter experts. He’s essentially putting research and what he’s learned to practice.

Why? Because his passion for learning from life experiences is the thread that ties everything together for him.

His desire to constantly learn and improve has helped drive his success to the point he said his one piece of advice for his 22-year-old self would be to learn faster.

He’s driven, he’s competitive and he knows a thing or two about how to lead a team.