After becoming the number one sales rep in the world for his previous company, James Purvis (@JamesWPurvis) joined Rubrik, a cloud data management platform, as an Account Executive. While he is no stranger to hyper-growth technology sales, James started his career selling premium suites for the Denver Broncos. 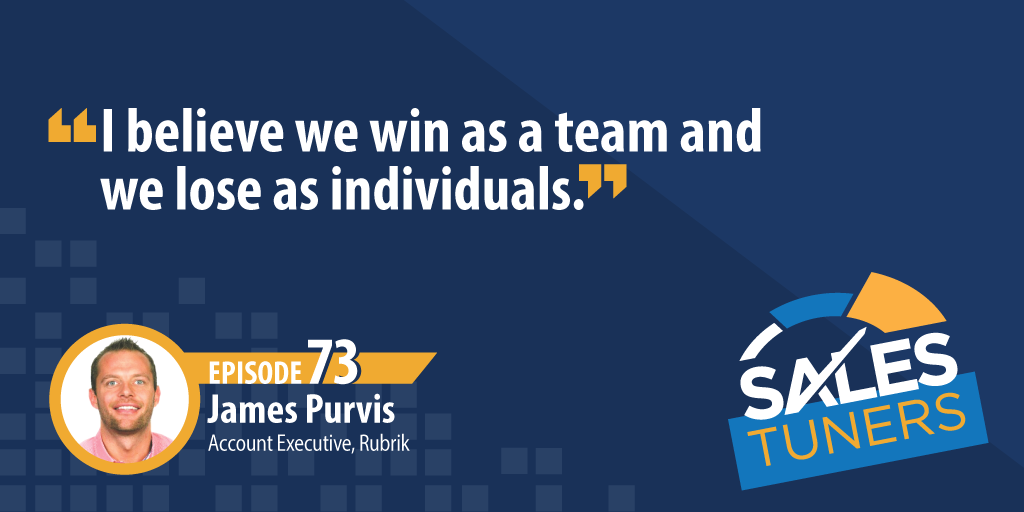 Growing up in a home of entrepreneurs, James was taught early on to sell the experience. Now in his sales process, he has adopted his mother’s mantra of “people don’t buy what goes into the product they buy what comes out.” His passion for the products he sells empowers him to land those critical face-to-face meetings.

James leans into the idea of utilizing all resources available. One of those resources is customer references. At the end of the sales conversation when a customer says “the price is just too high.” James response, “compared to what” allows him to go back to the value while gaining more context. He can then leverage those customer references to overcome the price objection.