Imagine your home being broken into while you and your loved ones were in it. That’s the story Dave Enmark heard on a daily basis as he began his sales career selling ADT Security. He learned very quickly the features of his home monitoring systems and the devices installed on windows and doors were irrelevant. His customers simply wanted to know how he could restore their peace of mind. 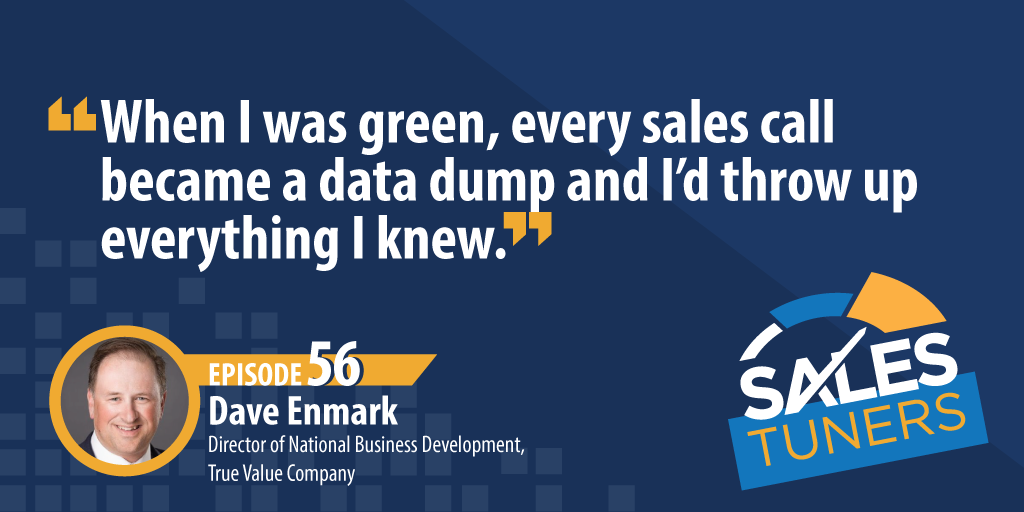 Now serving as Director of National Business Development for the True Value Company, Dave continues to lean into the emotional aspects of the sale as he works with entrepreneurs trying to build their version of the American Dream. Whether it’s new store build-outs or converting independent hardware retailers to the True Value brand, Dave knows the overarching theme of his sale is going to wind up coming from a personal why as opposed to a data driven decision.

To keep his head clear, Dave spends a decent amount of his downtime in a saddle, cycling across the plains of Oklahoma. Combined with the health benefits and his competitive drive, there really isn’t a better hobby.