Listen more. Talk less. That’s the lesson Damian Thompson said he most wishes he could tell the 22-year-old version of himself.

It’s a lesson he’s been more than happy to learn through the years, starting back as far as his days selling Dungeons and Dragons maps to classmates in grade school.

His dedication to the craft of selling newspapers in high school helped earn him enough money to buy a Mongoose bicycle. He got chased by dogs and got yelled and sworn at frequently, but for Damian it was always about more than that.

It was about figuring out the puzzle of how to get someone to say “yes.” 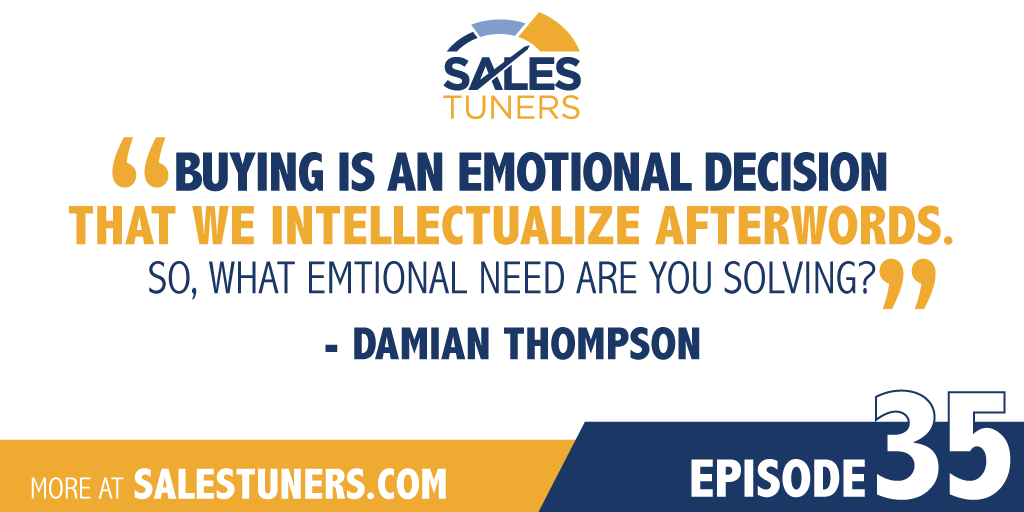 He puts that passion into practice daily as Chief Sales Officer at LeadFuze, a lead generation software platform for outbound sales enablement.

The self-proclaimed “SaaS-hole” has coached more than 200 sales professionals on four continents throughout his 25-year career, and was actually the personal sales coach to LeadFuze’s founder and CEO prior to jumping in full-time.

As a world traveler, Damian graduated college in Australia, met his lovely wife in Vietnam, and has a one-year-old son who is a tri-citizen of the United States, New Zealand and Australia.

Yet he points back to his days selling newspapers as a turning point for his career, crediting that time in his life for the passion, perseverance and persistence that got him where he is today.

That, and a little bit of paranoia. Damian questions everything, learns constantly and is a firm believer in a structured sales training system.

And, above all, he enjoys the experience of turning “no” into “yes.”