Dale Dupree, (@CopierWarrior), General Manager of Zeno Office Solutions, a Xerox company, says toner ink runs in his blood. Dale grew up in what he claims to be the “boring copier business,” so he took on the challenge to flip that notion on its head. His father brought him into the business at an early age, forever impacting his life’s purpose. 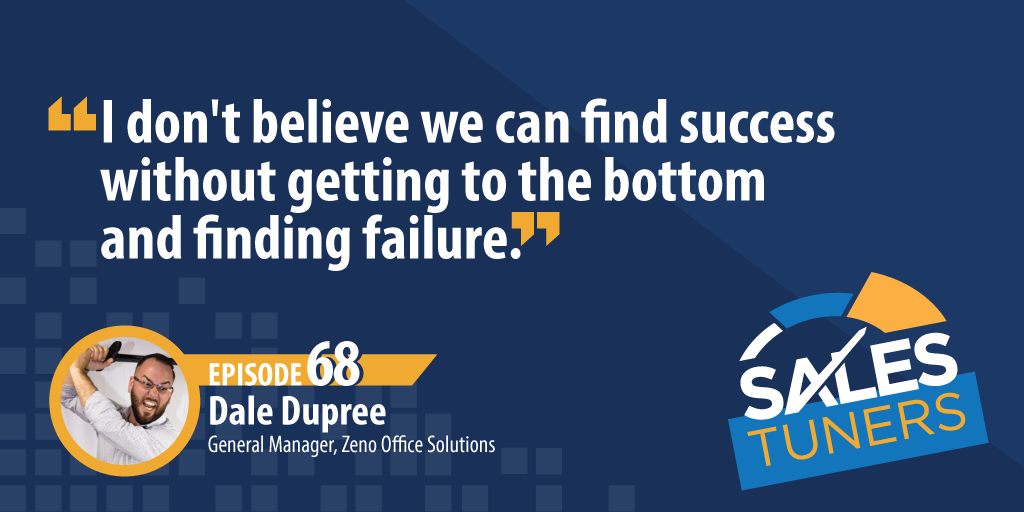 Through his creative marketing tactics and customer-centric approach, Dale is creating a new storyline for the copier industry. He believes when it comes to sales the raw human emotion of friendship is often overlooked. If given the chance to get to know you, people will more likely take the time to actually talk.

Dale loves the phone but he doesn’t hide behind it. For him, calling helps to drive the relationship further. It’s about being sincere, authentic, and having real intention behind helping others achieve their goals.