Once upon a time, a college football player told his professor he would never take a job in sales.

Boy, was he wrong.

From squirt guns and whoopie cushions to camp management software and work for one of the first companies to get into the SaaS space, Cody Lamens (@CeLamens) has sold it all.

But he’ll be the first to tell you it’s about more than the bottom line.

To Cody, a self-described altruistic people pleaser, sales is about helping others. It’s about empowering the sales leaders of tomorrow with the knowledge and professionalism they need to offer vital tools to organizations that need them.

That is the goal in all he does as the head of sales at TINYPulse, an employee engagement and performance management platform. 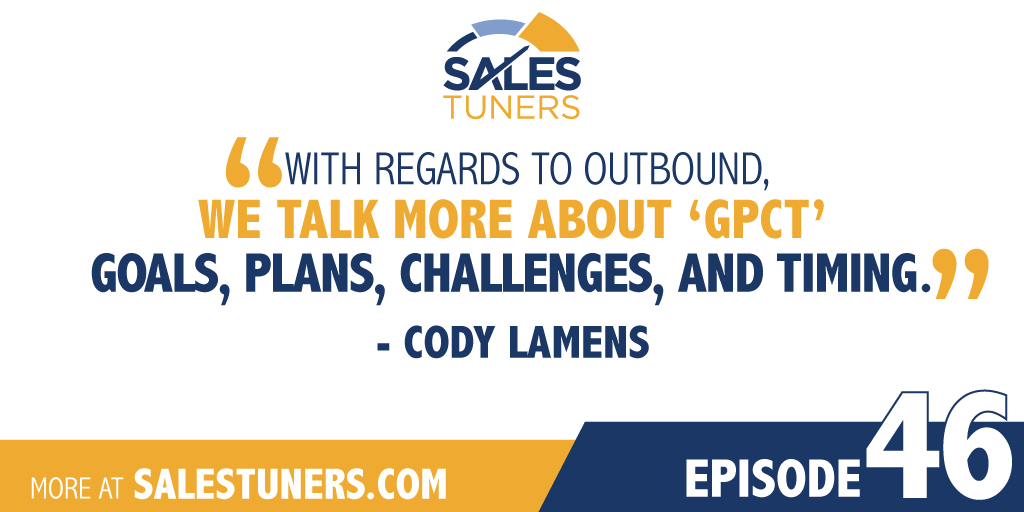 Early in his career, Cody intentionally moved laterally across organizations, taking roles in finance, operations and sales. Why? He sought to learn and aimed to be as well-rounded as possible.

Now he sees to it that every sales professional he comes into contact with does the same. To Cody, a solid sales process starts with specialization and focus. Inbound is different than outbound – each should be approached with a unique and focused strategy.

From there, Cody’s steps to success include seeking opportunity, being a sponge and ultimately becoming both proficient and efficient at your craft.

And it all starts by figuring out how you can help.