Bob Burg (@BobBurg) is the co-author of The Go-Giver, an international bestseller that challenges conventional wisdom about success. He also co-authored Go-Givers Sell More, The Go-Giver Leader, The Go-Giver Influencer, and is the host of The Go-Giver Podcast. In addition to writing, Bob also shares his sales expertise as prominent keynote speaker. With more than 25 years of experience, he’s spoken at conferences worldwide, sharing the stage with top business leaders, Olympic athletes, and even a former U.S. President. 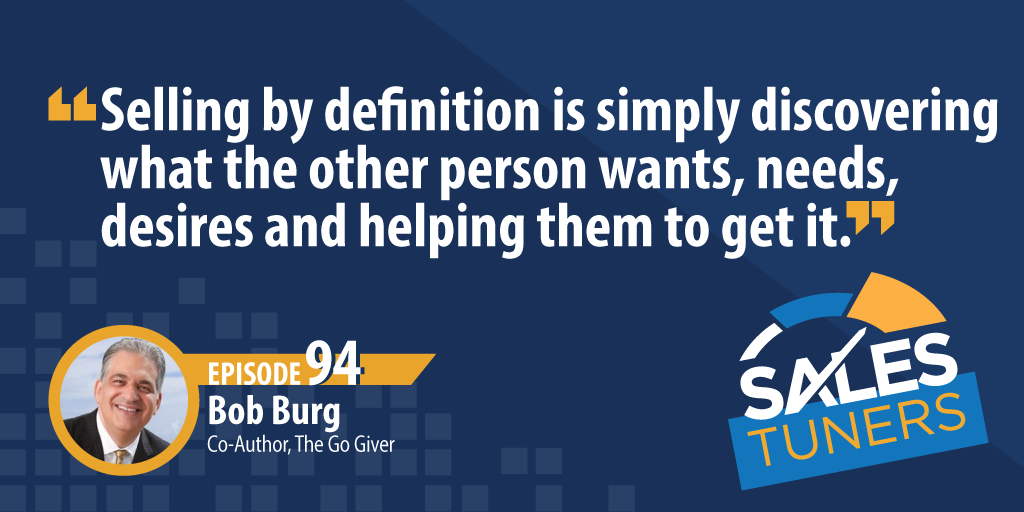 Unlike some of our other guests who were born with the ‘sales gene,’ Bob admits that his first few months in sales didn’t go well. However, everything changed after devouring sales books. It was then he realized he didn’t have to figure everything out himself. All he had to do was tap into the knowledge of others and incorporate it into his own techniques.

Now, 40 years later, he’s a storehouse of wisdom himself. He notes one of the biggest mistakes in sales is trying to compete on price. In this episode, we learn why this critical mistake is a lose-lose situation for both the buyer and the seller, and how we can modify our approach to maximize success.