Allen Hammer is an enterprise account executive at Liveclicker, an enhanced email personalization platform that uses real-time data points to customize user experience. Having served as an individual contributor for 15 years, Allen has more experience than most managers.

His sales career started way back as an enterprising 6-year-old boy. After moving to a new neighborhood, he made friends by going door-to-door selling a wagon -full of colored rocks he’d collected at the local pool. He ended up making a nice little profit (and some friends). 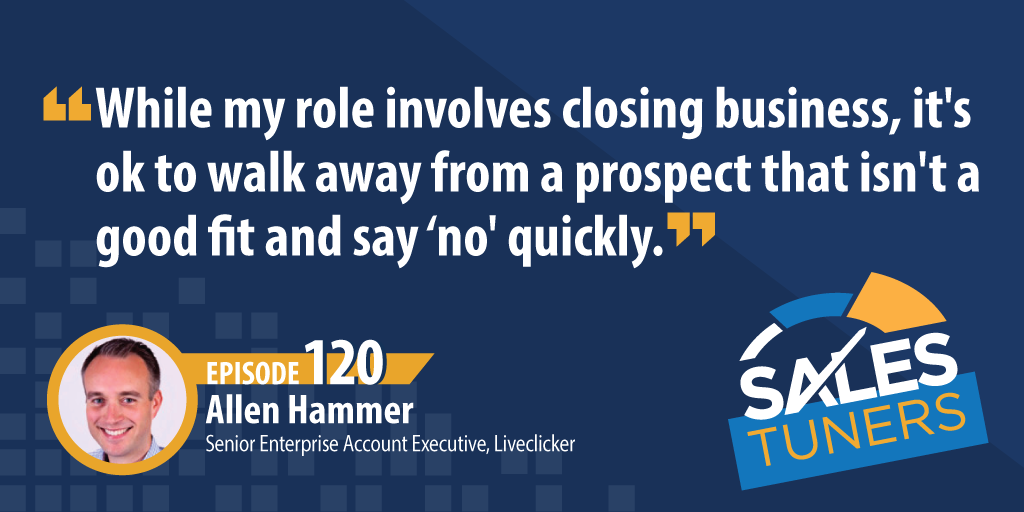 Despite his natural sales talent, Allen has faced his fair share of struggles—alcohol being one of them. Listen in to hear him open up to share what his battle with alcohol taught him about success in sales—and in life.