This week, I’m joined by Greg Freeman, a Partner at Westpoint Financial Group. While ascending the ranks at the firm, Greg was named WestPoint Financial Group’s “Rookie of the Year” and a few years later, “Agent of the Year.” Not bad for a guy who didn’t realize out of school that being a financial advisor meant he’d actually be a salesman. 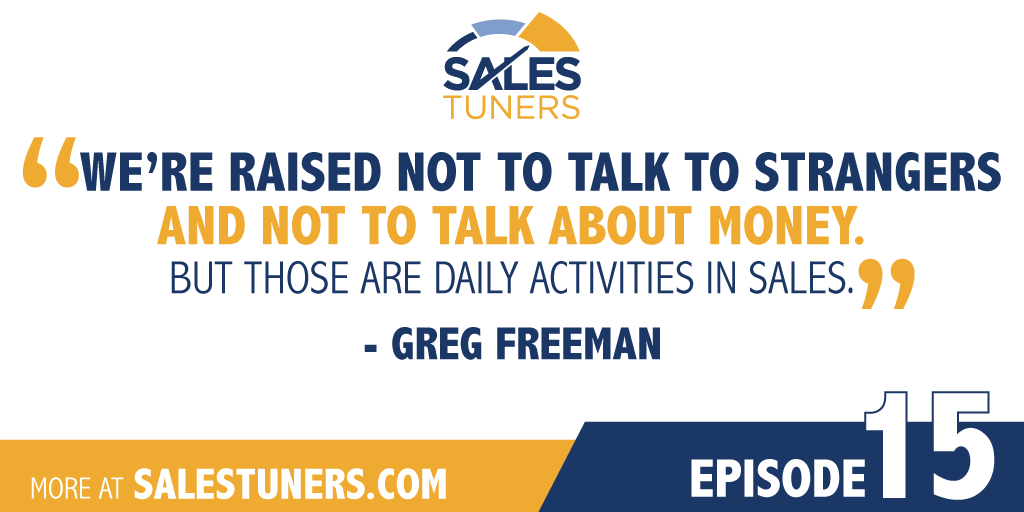 Like a lot of us, Greg was raised to never talk about money and never talk to strangers. Unfortunately, that just happens to be the daily job description of a salesperson. While struggling out of the gate, Greg recounted his desire to succeed in the financial business and how he worked to gain “equal business stature” at 23 years old, so he could learn how to ask people more successful than himself for money.

Greg said consistency was the main driver in his success. He works hard to have consistent behavior every day while also maintaining a steady demeanor. All you have control over is the input that you give every day, and while it won’t always go your way, the ability to quickly shrug off any setbacks or failures, gets you right back in the game.